Description:
Goblin Hordes™ is a lighthearted, free-wheeling game with surprisingly subtle strategy as a fantasy game of raiding and plunder for one or more players.

Instructions:
Game Object: The player who amasses the greatest amount of plunder as Goblin Chieftain, before being killed in battle or deposed by his own goblins, is the winner.

In the single-player game, each gamer takes a turn at playing a tribal Goblin Chieftain, leading your goblin raiders as they pillage and burn a peaceful quite valley of human folk.

In the multi-player game (licensed version only), each player may elect to play:

- as "cooperative", yet competing, Goblin Chieftains;
OR
- as the hostile Human troops who gathers the valley's peasant farmers and Baronial troops in a desperate attempt to stave off the goblin raids. 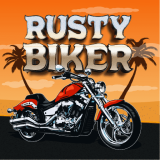 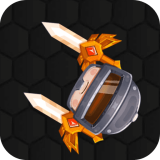